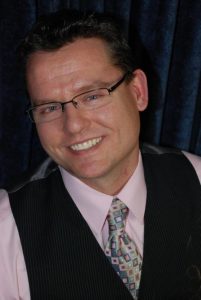 After completing his internship in St. Paul, Dr. Lavell, DC established Specific Family Chiropractic in Maplewood in June of 1998. In the spring of 2001, he opened his satellite office in Spring Lake Park, Minnesota to meet the growing demands of his patient base. In 2004, Spinal Decompression Of Minnesota was started with an aim to help those with chronic back pain that were facing surgery and could not be helped with other conservative methods.

Dr. Lavell, DC has extensive training in human nutrition and has completed over 400 post-doctorate hours in the study of this topic. For many years dating back to his undergraduate studies, he helped work with bodybuilders to help them get in shape for their shows and events. He also has well over 300 hours of postgraduate study which has been performed in human biomechanics and musculoskeletal rehabilitation and is considered an expert in the area, with a focused emphasis on the non-surgical treatment and rehabilitation of lumbar disc herniations. He has developed a unique multidisciplinary approach to the treatment of neuromusculoskeletal injuries by combining the expertise of varied professionals including; personal trainers, massage therapists, physical therapists, and chiropractors.

Because of his extensive experience, Dr. Lavell has been blessed to teach functional nutrition since 2010. He has been able to travel the country teaching other healthcare providers including chiropractors, nutritionists, medical doctors, homeopaths, naturopaths and more. Such locations include Houston, Kansas City, St. Louis, Orlando, Daytona Beach, San Jose, San Francisco, Milwaukee, Wisconsin Dells, Davenport, Atlanta and more. This has given him a great opportunity to advance his skills and keep current with all the modern research. He has also presented to national audiences via webinar format on such topics as optimal brain health and sports nutrition. He is considered a leading national expert on the topic of functional nutrition.

Currently, Dr. Lavell, DC serves as a team chiropractor for The Minnesota Menagerie Women’s Rugby Team as well as many athletes from the University of Minnesota Men’s Rugby Team. He also has lectured to various organizations and companies on such topics as “Workplace Safety & Ergonomics”, “Carpal Tunnel Injuries, Treatment, & Prevention”, and “Prevention and Treatment of Lumbar Disc Herniations”. Companies include Xcel Energy, Cargill, and Healtheast Bethesda Hospital.

He also has been granted Associate Clinical Faculty status for Northwestern Health Sciences University and provides for internships to students looking to complete their education in a successful clinical setting. To date, he has personally mentored over 40 students as they have successfully made their way to doctor status. In addition, he has been able to mentor students on functional nutrition and has been invited to speak on campus since 2010 at least six times per year on the topic. 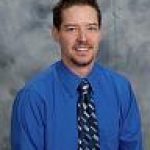 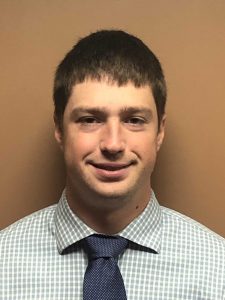 Dr. Jeffrey McDonald earned his Doctorate of Chiropractic from Northwestern Health Sciences University in Bloomington, Minnesota. He earned his undergraduate degree at Bemidji State University, where he majored in Exercise Science and received a minor in Psychology. Dr. McDonald completed internships in Maple Grove and Ramsey, Minnesota before joining the team of Specific Family Chiropractic in the fall of 2019.

Dr. McDonald’s hobbies include hunting, fishing, fitness, sports (especially the Vikings and Timberwolves), and spending time with his family. Dr. McDonald is married to his beautiful wife Ashley and they have two amazing children, Tristan and Maverick.
Dr. McDonald is committed to helping patients improve their lives and overall health through the use of chiropractic care.

Font Resize
Contrast
Accessibility by WAH
Call Us Text Us